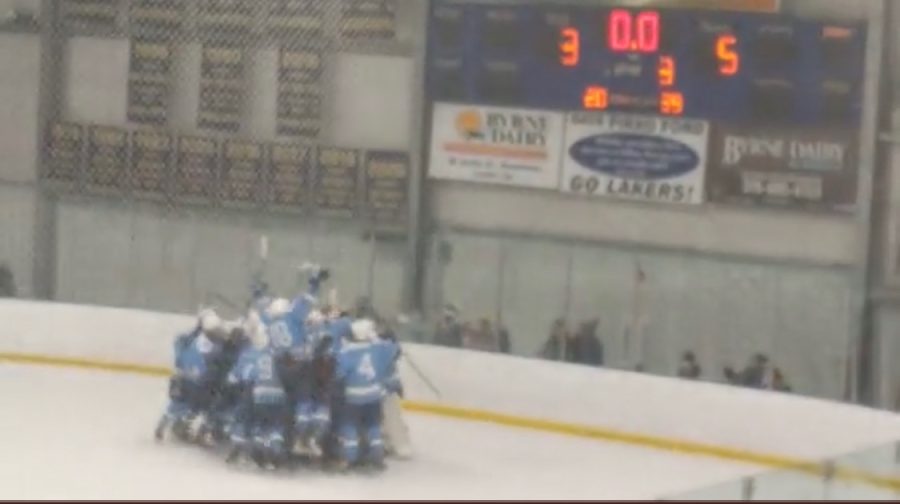 While the score was close at the end, the Pelicans dominated all the way through. Sophomore Griffin Evans got Pelham rolling right away with a goal 47 seconds after the puck dropped, and the team never looked back. Senior captain Ben Rosenberg netted the second goal, a shorthanded one, to put Pelham up 2-0 with 5:26 left in the first.

Around five minutes later, junior Louie Marcellino scored the first of his three goals of the night to practically bury the Lakers. The lead grew to 5-1 at one point in the third period, before Skaneateles scored two goals. Junior goal tender Jack Mallinson had 17 saves for the Pelicans.

This win was an excellent way for the team to get off the skid they’ve experienced as of late. With two losses to top programs Suffern and Chaminade and an unlucky tie against Mamaroneck, Pelham needed a big win, and they got a huge one. The state championship push is still alive with only a handful of games left in the regular season.