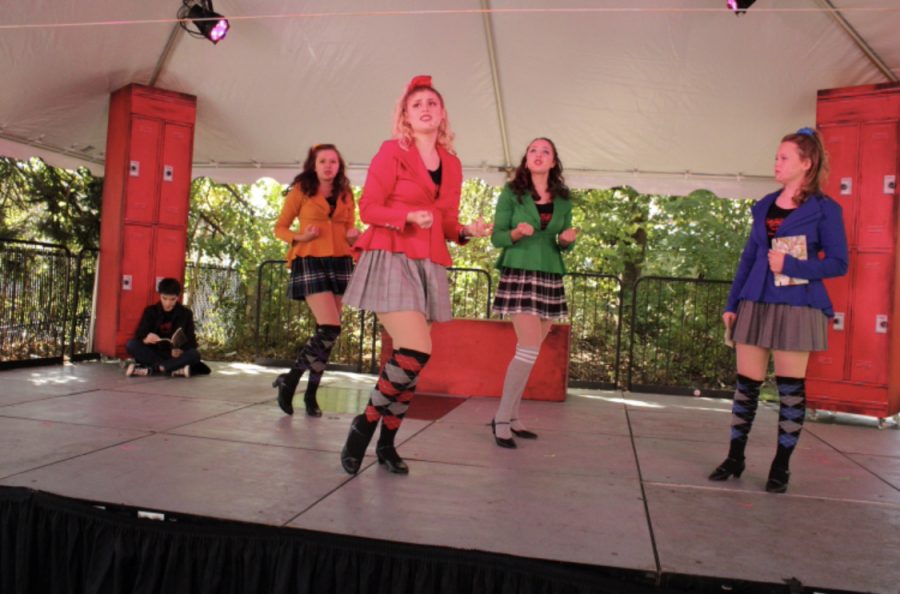 Caitlin Winston as Veronica Sawyer, Charlotte Moore as Heather Chandler, Allison Feldman as Heather Duke, Katy Lange as Heather McNamara and Oliver Tam as J.D. in November 2020 SOOP outdoor production of "Heathers" that was then streamed.

Editor’s note: This announcement was provided by SOOP Theatre Company. The Pelham Examiner publishes announcements in the form received as a service to the community.

Winners have been announced for the 2021 BroadwayWorld Rockland / Westchester Awards and Pelham’s SOOP Theatre Company is the proud recipient of SIX!  The 2021 Regional Awards honor productions which had their first performance between October 1, 2020 through September 30, 2021.

The BroadwayWorld Regional Awards are the largest theatre audience awards, with over 100 cities worldwide participating.  “And the award goes to”…