‘Do more than share a hashtag:’ Pelham needs dialogue about how we build better race relations 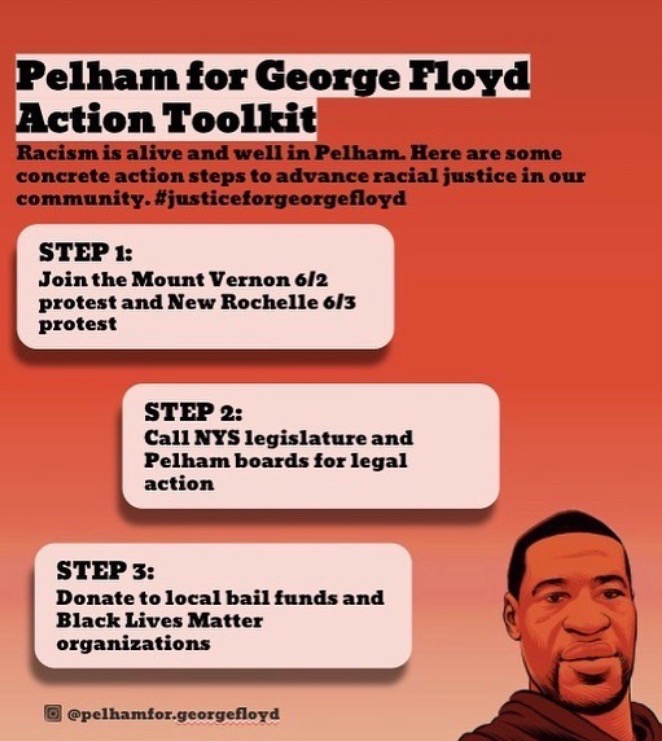 I was 11 when Trayvon Martin was killed. Every year since then I’ve seen headlines of innocent black men and women murdered unjustly: Philando Castile, Ahmaud Arbery, Sandra Bland and so many more. The legacy of police brutality in this country is not new, it is ingrained in American society and has disproportionately affected black people. The legacy of police brutality, injustice, and systemic racism makes black people in this country a target. In recent times phone videos have recorded the injustice. That injustice leads to outcry, that outcry leads to people posting images and words in solidarity, and in time people forget until the next incident. But before there were iPhones to record it, it was happening. Names like Emmett Till are often left out of history textbooks, as they were in my own. Concepts of institutional, structural, and systemic racism weren’t mentioned to me in school for a long time. Therefore it’s not surprising that discussing race becomes taboo and uncomfortable. But the fact of the matter is race is not an uncomfortable subject. If you are uncomfortable discussing the history of black people in this country, confronting your complicity in the ongoing race crisis in this country, and speaking out in favor of black people then you are a part of the problem.

Pelham can often feel like a bubble. Where we are safe from the broken aspects of American society. But that’s not true. As long as people in Pelham choose to sit idly by watching police brutality and the legacy of systemic racism destroy black communities without taking action we are a part of the problem. It may not be obvious to you that Pelham has a race problem, but there are unspoken truths that contribute to greater issues. A lack of diversity, a lack of spaces reserved for students of color, a lack of black teachers and administrators in the schools among them.

I was afforded countless luxuries by attending Pelham schools and growing up partially here. But I also experienced a great deal of personal conflict, and internalized racism living in a predominantly white community as a biracial kid. There were moments when I knew I should have said more, could have done more. Pelham is privy to the privileged notion that we live in a safe community, with generally liberal values and people that love each other. But that shield around Pelham does not make us invincible to the true nature of America that has time and time again targeted and belittled black and brown bodies. Somehow people in Pelham still mention skin color when making police calls, somehow racial slurs are still graffitied on the walls of the high school. You have to be oblivious to not see that the issues of race in America are present in your own community. Starting that dialogue about how we can build better race relations in our own community and with our surrounding communities is important. Learning about the entrenched history of racism in America and issues such as the Prison Industrial Complex are important. Just because it does not affect you directly does not mean you shouldn’t care. Tearing down the idea that race is a touchy subject is a start. Implementing change in your life about how you approach race, and how you address racism when you see it and how you act against it is a small beginning.

Still, I can sense on social media, in the news media, and in my own life how this time is different. Posts about white solidarity, how non-black people can help, and other slideshow presentations of the like were not as omnipresent when Trayvon Martin was killed. Perhaps this signifies change- important and valuable change. But it has to go beyond that. Addressing racism is acknowledging how you are anti-racist in every aspect of your life.

It’s not about waving a “Black Lives Matter” sign outside your house, or using the hashtag on Instagram once and moving on; more can be done by talking to your fellow white friends about how you are going to use your privilege to uplift the black community.

Give credit to black creators of cultural phenomenons that are widely used among your friends, highlight and acknowledge how black pop culture has influenced your life. Using whatever platform you have, promote efforts that uplift black people and stop the terror of innocent black men and women being murdered. Vote for elected officials that work for black communities, restructure the criminal justice system, and put funding for efforts that uplift black people. Understand black history in America, and learn more about what you never learned through reading, listening, and watching content by black people. Condemn racism in your everyday life and among your friends, acknowledge microaggressions and implicit biases, and speak out when something isn’t right without being afraid to do so. This sense of urgency is long overdue and incredibly important. Talk to your kids about race openly, and not hiding parts because they are “too violent” or they are “too young to understand.” Encourage people to stop doing things that perpetuate white supremacy and belittle black people. Acknowledge that you have already benefited from the legacy of white supremacy in America and systemic racism but using your privilege for the better.

The Covid-19 pandemic laid bare a lot of the broken parts of American institutions. Now is a crucial time to be on the right side of history. Your voice, privilege and ability to support and stand with black people, to stop senseless murders and tear away at the binds of systemic racism, is immeasurably important. It’s up to you as an individual to do more than share a hashtag and hop off the trend when the moment’s passed. Continue to amplify black voices and stand up for innocent black people murdered as a result of police brutality like George Floyd, Breonna Taylor, and Tony McDade. Don’t let another innocent black person become a hashtag. Use your energy to donate to bail out arrested protestors, sign petitions, research candidates to vote for in the upcoming June 23rd election, if you feel safe go to a protest, and do not let this moment of anger pass by. Because the hashtag may stop trending, the realities of systemic racism targeting black people in America won’t. What will you do about it?

9 Responses to “‘Do more than share a hashtag:’ Pelham needs dialogue about how we build better race relations”

The Pelham Examiner intends for this area to be used to foster healthy, thought-provoking discussion. Comments are expected to adhere to our standards and to be respectful and constructive. As such, we do not permit the use of profanity, foul language, personal attacks or the use of language that might be interpreted as libelous. Comments are reviewed and must be approved by a moderator to ensure that they meet these standards. Commenters must provide a full name. The Pelham Examiner does not allow anonymous comments, and requires a valid email address. The email address will not be displayed but will be used to confirm your comments. We will check to see if it works and may also request a street address if an email looks to be spam.