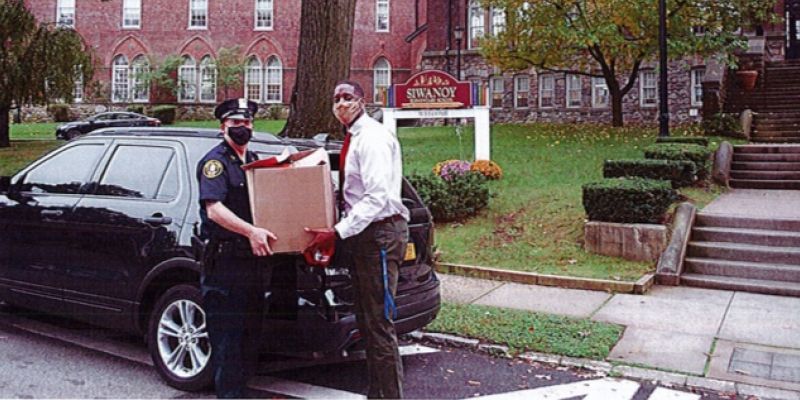 The Pelham Manor Police Department started foot patrols at Four Corners to interact more with the public as one of its responses to the state-mandated police reform process to address racism, according to the Manor’s draft report and plan. The village will also lobby state officials to change civil service laws to make it easier to hire more diverse candidates, the report said, and officials are considering community events such as “Picnic with the Police” to promote communication.

On training, Police Chief Jeffrey Carpenter determined “a certified, in-house implicit bias training officer” would benefit the force, the document said. He applied for officer training in the county’s Principled Police Training, which was granted.

“The Village of Pelham Manor is proud to restate its commitment to promoting public safety through a collaborative approach with the community,” said the draft Report and Plan under Executive Order 203: New York State Police Reform and Reinvention Collaborative. “Our fundamental policy objectives include treating each person respectfully and equally under the law.”

The review by the police department, the village board and Pelham Manor’s stakeholder working group was conducted in response to Gov. Andrew Cuomo’s executive order in June, which said “following the police-involved death of George Floyd in Minnesota, protests have taken place daily throughout the nation and in communities across New York State in response to police-involved deaths and racially-biased law enforcement to demand change, action and accountability.” Cuomo’s order requires each municipality to engage in a public process that results in adoption of an action plan by April.

In the introduction to the Pelham Manor report, the village said the order “followed police-involved incidents that resulted in the deaths of unarmed civilians, predominantly Black and African American men, which undermined the confidence and trust in in our system of law enforcement and criminal justice. The governor concluded the condition was ongoing and needed to be rectified urgently.”

The Village of Pelham Manor is holding a public forum to discuss the report on Thursday at 7:30 p.m.

Mayor Jennifer Monachino Lapey, Trustee and Police Commissioner Bridget Bennett, Village Manager John Pierpont, Carpenter and those on the working group held meetings with community members to create a comprehensive review of police force “deployments, strategies, policies, procedures, and practices” and advise the village on how to improve in those areas in order to foster community trust.

The village compiled and analyzed demographic data on arrests made between Jan. 1, 2020 and Oct. 22, 2020. According to the data, of the 68 arrests made, approximately 49% were Black persons, 32% were Hispanic and 16% were white. By geography, 59% of the people arrested were from New York City, 13% from Mount Vernon, 10% from New Rochelle, 7% from Yonkers, 4% from Pelham and the remaining 6% from other areas.

The stakeholder committee recommended that officers build trust through interacting with the public as much as possible by beginning to implement foot patrols around Four Corners. That plan has been in effect since Nov. 23, and feedback from residents and businesses has been positive.

Officers have been patrolling on Saturdays and Sundays, meeting residents and business owners in the area. As outlined in the plan, the village will, when possible, increase the frequency of foot patrols to include more days of the week and in other areas including Glover Field, Prospect Hill Field, Shore Park, Veterans Park and Weihman Park.

The committee recommended the police involve themselves in community-wide events to achieve the same goal of interacting more with the general public. The village has been exploring “Picnic with the Police,” among other events, to “foster relaxed interactions with officers,” the document said.

The PMPD is also launching a program for children with special needs. According to the report, “Through visits to the police station, the PMPD hopes to foster more familiarity and trust between special-needs children and our officers. The PMPD already hosts on-site visits with autistic children and their families, creating a baseline comfort level for both special needs residents and our officers.”

“Community groups such as Bridges of Pelham, a parent organization formed to address the challenges of raising Black children in a predominantly white community, and the youth group Pelham United, provided enlightening information and earnest impressions about the PMPD and residents of color,” the report said.

Community groups such as Bridges of Pelham, a parent organization formed to address the challenges of raising Black children in a predominantly white community, and the youth group Pelham United, provided enlightening information and earnest impressions about the PMPD and residents of color.”

The information and impressions the groups offered were not reported in the document, while it said Pelham Manor has continued talking with the two groups to collaborate “to address any remaining concerns.” Again, the concerns were not described.

The village participated in discussions with clergy members of Pelham Manor, who reiterated the sentiment of other residents that the department should present more opportunities for the public to interact with officers. As stated by the report, “Under this plan, the village will encourage more open and robust interaction between officers and the community” at events run by houses of worship.

(Aside from the stakeholder working group, the term “the village” is used throughout the report to reference specific discussions and recommendations, making it difficult, at times, to delineate between the stakeholder group, elected village officials and the professional staff. The village board has not yet voted on the draft plan.)

The working group encouraged more diversity within the staff of the PMPD by “remaining open to hiring female officers and officers of color.”

However, the department is limited by the mandates of the New York State Civil Service Law, the plan said.

The village plans to enter in dialogue with New York State elected officials to discuss such changes. Along with this, the report said the village recommended concerned residents contact their state representatives.

According to the report, Carpenter is “committed, along with the present leadership of the board, to supporting revisions and updates to the civil service hiring process that would augment the group of officers available for hire.”

The report did not include a breakdown of the demographics of the police department staff.

Aside from the implicit-bias training, much of the rest of the training section recounts the extensive program put in place since 2015, when Carpenter was named to head the department.